First of all, I want to say Happy New Year! I hope everyone had a wonderful holiday season. Second, I am sorry I am so late with this blog post, I often have a horrible time getting all my ideas together.
For this blog I decided to combine both days into one post because the format of the tour is the same. These dates took place in my home town of Los Angeles, at The Fonda Theater, a venue located on the Hollywood Walk of Fame, in the heart of Hollywood. The venue had a classic theater feel, complete with a balcony and creepy paintings of naked people on the walls. 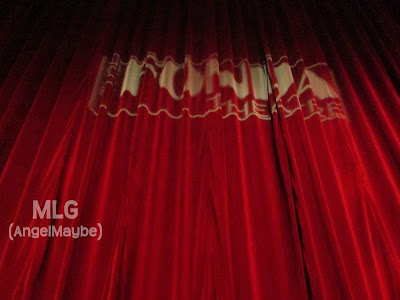 v November 1st: Covers Night, had a 23 song set list.  It didn't vary much from New Orleans. But they did play "Signed, Sealed, & Delivered", which I don't think I've heard live before. They also played "Lost Without Each Other", which is something they don't play enough.
v November 2nd: Classic Hanson Concert, featured a 25 song set list.
Major Highlight: During Ike's Solo, where the consensus of the crowd seemed to be wishing he'd play anything but "Hand and Hand", someone screamed "Rain" and he played the first verse, before "Hand and Hand"! 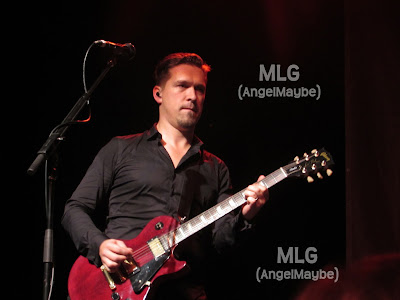 ·        My friend Holly exclaimed that the Los Angeles Shows were the best of the tour and having only done one other stop this tour I am inclined to agree.
·        The crowd was on fire, the energy was tangible. Everywhere I turned people were singing and dancing along. In New Orleans the crowd seemed mainly to be made of people who hadn't seen the band in 10 years, Los Angeles had the veterans. They had been there before (pun, intended) and they were happy Hanson was home.
·        The crowd was also respectful during the ballads. Hearing Taylor sing Leon Russell's "Song for You" will always be a gem. Hearing it in almost total silence, it's a masterpiece. 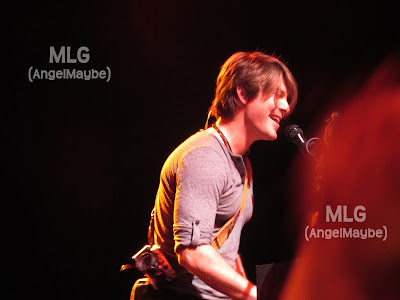 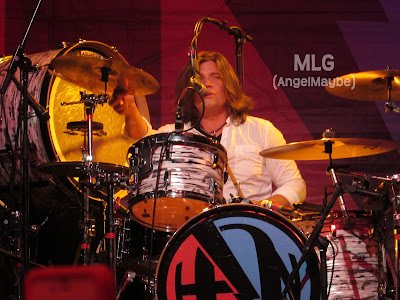 ·        During the After Party people ACTUALLY danced and the people who lined up against the stage to stare at Taylor had plenty of room to dance as well, and they did.
·        Taylor Hanson singing/mouthing the words to "Pony" by Ginuwine is not something I will forget anytime soon.
·        During The Walk, besides having to dodge broken glass on the sidewalk, I ate concrete and my camera went flying. When my friend mentioned this to Taylor and he cutely said " Oh no, those darn feet!" 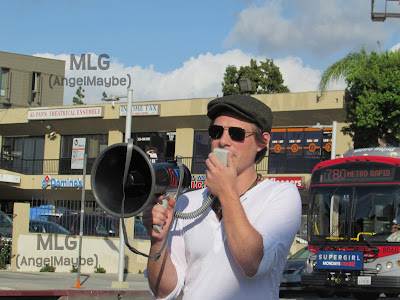 ·        Taylor stood in the middle of the street blocking traffic as he does every walk but in Los Angeles this is a no-no.  When the cars proceeded to rudely honk and I mean laying on the horn for a good minute, Taylor stood his ground and calmly said into his bullhorn, "You can wait, just a minute." Some fans weren't so sure, and joked that we'd have to jump in front of a car to save him from getting hit.
·        When we stopped at a Chase Bank mid-walk, Taylor almost got yelled at by the bank manager for standing on their planter, but he stopped mid-sentence when he noticed the crowd of people with him. Taylor got down and told us all to open Chase checking accounts when we left.
·        Every time I walked from venue to my friend's hotel room I kept running into Natalie's (Taylor's wife) brother and hoped he didn't think I was stalking him. But I swear every time I turned around, there he was.
·        On Night two it rained, which is a rarity in California. It basically turned The Hollywood Walk of Fame into a giant slip and slide.  A friend ran across the street to 7/11 and bought trash bags and passed them out to those who didn't have rain gear.
·         I am sure the trash bag raincoats and wet fans looked lovely on camera, when "Entertainment Tonight" came out to film the line. Needless to say, they did not use that footage (Thank God!) for their Hanson piece.
·        Rebel Wilson was at the show.
·        There was a random guy outside the venue who was selling his homemade Hanson shirts from 1998. He said he had, had them in storage for 18 years! They were so comical and by the end of night two, he was selling them for a dollar.
·        Another guy showed up to sell his homemade Hanson shirts with "tour dates" on the back.  A friend of mine told him the dates were wrong and the guy blamed his printer.
·        Hanson and most of the opening bands came out fairly early after the  last show.  Zac got pissed when people didn't want things signed and therefore left early. Ike and Taylor stayed and basically took pictures with everybody.
Thus ends my Roots and Rock n Roll Tour adventures. Every Hanson tour is different but every tour brings more music, more memories, more friends, and of course MORE Hanson. In my mind, these are life changing  experiences. I can't wait until my next Hanson adventure(probably Hanson Day 2016)!
Michelle 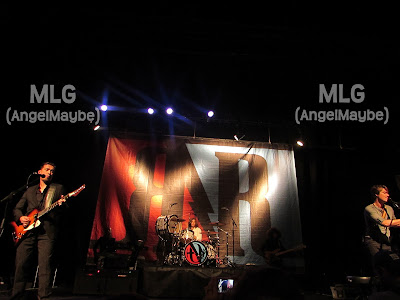 Ps. I didn't get to partake in the experience that was BTTI 2016 (maybe someday), but my friend Holly did! So check out her blog  and learn what it truly means to be a Traveling Hanson Fan!
Also to find out The Walk cause and how you can help, you can visit Take the Walk.net!
Posted by Michelle G at 9:59 PM 3 comments: