Sorry for the delay, I've been quite busy since the end of tour, with unpacking, repacking, and moving. On with the blog.
The Walk
I ended up standing next to the tour bus, waiting for the walk  to start.  Zac came out of the venue a few minutes before the walk to grab something from the bus, and when he exited, I must of looked worried or something because he turned around and said directly to me: "Don't worry, we'll be right back."
All three guys came out moments later and much to my surprise and happiness I ended up right behind Taylor during his Take The Walk speech and got lovely photos of Taylor, *cough* his backside, and his ridiculously expensive camera which I was told by friend costs like 2000 plus dollars. 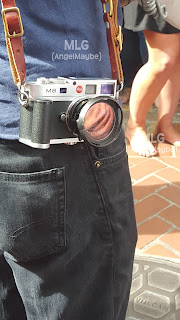 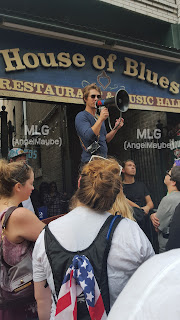 During the speech Isaac tried several times to help amplify Taylor's voice by connecting his bullhorn walkie to Taylor's bullhorn. This of course caused horrible ringing feedback and after a third attempt Taylor looked ready to punch Ike in true brotherly fashion.
The walk highlights included:
·        A park located next to the Mississippi River
·         Crossing railroad tracks
·        Taylor Fanboying over local street musicians
As we entered the park, a homeless man drumming on a bucket yelled at us to "Come with him! To join him!" I heard Zac remark in front of me,  that he:"Gladly would have joined him, in what he assumed was drumming if it  didn't sound so ominous. He didn't want to get kidnapped."
The Show
I wish I could say that this show was really memorable. But nothing really stands out. Carrick opened this time, and when I had heard early during the tour that he was opening I was ecstatic! I love Everybody Else, one of Hanson's best openers in my opinion. Carrick's set was good but strange, it sounded like EBE but the heart was missing in the music. 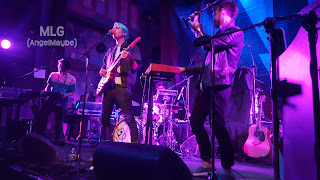 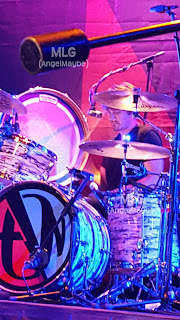 Hanson show was an awesome, a solid 26 song show.  It was a classic Hanson show and a lot of the songs featured came from Middle of Nowhere. In fact I think this is the most  MON songs I've heard live at one show. Taylor did "Love me" as his solo, which is one of my favorites but I wish people wouldn't have screamed through it.  The security was so done, after two days of Hanson they had enough and kept checking their watches and the set list to see how much more they had to endure.

After the Show
Security stupidly put up a barricade(so people could wait for the band, I guess) at the entrance on the street to the venue, this caused a massive pile up when everyone tried to leave. Fans literally blocked the sidewalk for at least a good hour, so ridiculous. My friends and I decided to wait  on other side of the sidewalk for Hanson but ended up missing 2/3 of them. At one point Ike ,I think tried to get to us from the other side of the bus but fans followed him to street and ended up blocking traffic which was quite dangerous. 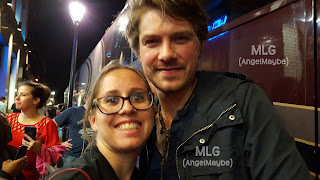 My friends and I joked that if Taylor didn't come out at midnight, we would leave. He came out at 11:59pm! We got our photos with Taylor and headed to Cafe Du Monde for their famous mostly powder sugar beignets! Delicious and frankly the best part of the night, next to the show of course! 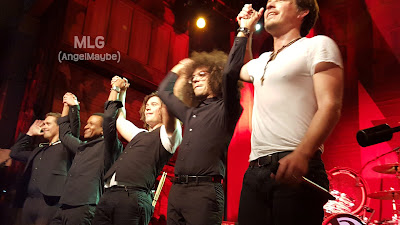 UP NEXT: Hanson in Los Angeles
Posted by Michelle G at 6:57 PM No comments: